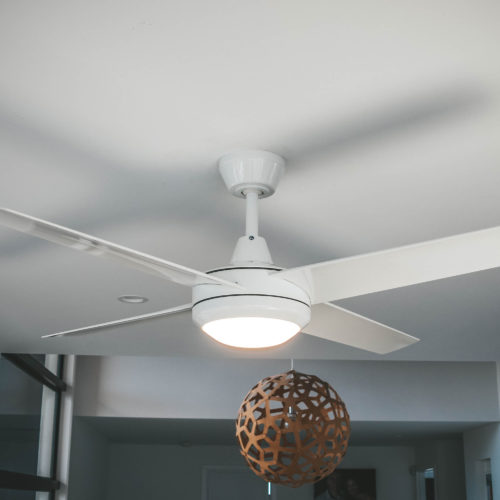 What size should your White Ceiling Fan be?

Always ensure at least 50cm of space from the tip of any blade to any wall. Pay attention to high furniture or floor to ceiling wardrobes to make sure they won't reduce your fans performance.

How many blades is best for your White Ceiling Fan?

Would an AC or DC motor be better for my White Ceiling Fan?

Read our Ultimate Guide to Choosing a Ceiling Fan for more information.

Want to install your White Ceiling Fan outdoors in your patio, verandah or alfresco area?

Enjoy the amazing Australian outdoor lifestyle in comfort by including a ceiling fan to help stay cool and keep the bugs away during our long summers.